One of the NBA regular season’s dirtiest secrets is how little teams care about lineup decisions, at least as they relate to winning basketball games. Case in point: Both of last season’s Finals teams — the Los Angeles Lakers and Miami Heat — removed a regular-season starter from their rotation entirely. JaVale McGee hardly played for the Lakers beyond the first round. Meyers Leonard only reappeared for Miami once Bam Adebayo got hurt. The regular season is about survival, and survival rewards caution over optimization.

But winning in the playoffs means scraping the bottom of the barrel for every conceivable advantage, and losing in the playoffs often comes down to a single disadvantage. The 2019 Philadelphia 76ers beat the stuffing out of the eventual champion Toronto Raptors when Joel Embiid was on the floor, for instance, but lost the 99 minutes he sat in that series by a preposterous 109 points. The 2017 Cleveland Cavaliers lost their title shot in similar fashion against the Golden State Warriors. They essentially played the greatest team of all time to a draw when LeBron James was on the floor, but when he went to the bench? They got clobbered by 27 points in 28 minutes.

As extreme as lineups losing by a point per minute might seem, the concept isn’t particularly rare. Plenty of playoff losses can be traced back to a single defective unit, and virtually all championships are won behind the strength of a team’s best fivesome. So as the playoffs approach, let’s take a look at the five-man units that will make or break each contender’s championship hopes. First up, the Eastern Conference’s top four seeds.

Switching defensively is as viable as an opponent allows it to be. The Nets’ scheme is well-suited to smaller opponents that are reliant on the 3-point line, but their actual path to the Finals is going to be a bit more old fashioned. A Nets championship might necessitate beating Giannis Antetokounmpo, Joel Embiid and Anthony Davis in consecutive rounds. The only players suited to defending any of that trio might be the other members of that group. Needless to say, Brooklyn has no appealing options. Jeff Green is too small. Nic Claxton is too skinny. Blake Griffin couldn’t handle them at his peak.

That leaves the Nets to rely on the player they spent all season trying to replace. Jordan is their only big man with the physical profile to bother any of those players. His track record against them has been mixed. Antetokounmpo scored 34 points on 50 percent shooting in his first matchup with Brooklyn, but with Jordan sagging off him, he was able to provide secondary rim protection against other Bucks. The Nets won. The first quarter of his recent bout with the 76ers appeared to be headed in a similar direction. Embiid started that game 3 for 9 from the field and looked flummoxed by Jordan’s strength. It took him only a quarter to figure Jordan out:

Embiid finished that game with 39 points, and Philadelphia scored 58 in the paint. If a formula exists for knocking Brooklyn out of the playoffs, it probably starts with numbers like that. The Nets will try alternatives. Green-at-center units might be able to space opponents into oblivion anyway, and Claxton versions strike the best balance between size and switchability. Harden is going to try his hand against these bigs in the post (and is better equipped for the task than you’d think). Steve Nash will concoct all manner of double-teams and bet that his mobile defenders can rotate quickly enough behind them to mitigate the risk. The Nets have a negative net rating with Jordan on the floor. They signed Griffin and LaMarcus Aldridge hoping to banish him from the rotation entirely.

In a different season, they might have succeeded. Toss this Nets team into, say, the 2017 or 2018 playoffs and they could switch to their heart’s content. But winning this specific championship in this specific bracket is going to mean protecting the rim against some of the NBA‘s scariest big men. Jordan takes a lot off the table for them, but he’s probably their best chance at surviving those matchups. No matter how badly the Nets wanted to bench him, they’re going to need him in the playoffs.

That Toronto series was hardly an isolated incident. Philadelphia has been outscored during Embiid’s bench minutes in four of his five professional seasons, with the lone outlier being a plus-11 last season that hardly disproves the point. Embiid is not LeBron James. He cannot physically play 45 minutes per game in the playoffs. The 76ers are going to have to survive 10-to-12 minutes per night without their best player in the playoffs if they ever plan to win a championship.

Doc Rivers has tried to sidestep that problem this season by solving another one. He has largely avoided staggering Embiid and Ben Simmons under the theory that if the two of them can master their uncomfortable partnership, the benefits during their joint minutes would be great enough to offset the resulting bench chaos. They’ve lost Dwight Howard’s backup center minutes by 4.1 points per 100 possessions. Some of the five-man bench mobs they’ve thrown out have fared far worse.

This experiment is likely going to be confined to the regular season. Its purpose has largely been served, and Rivers wouldn’t dare entrust his team’s postseason fate to lengthy stretches of Shake Milton ball. Simmons and Embiid will be staggered again in the playoffs, but who they ultimately play with is a mystery, and finding bench units that work around Simmons with so few regular-season reps isn’t going to be easy. Simmons-Howard units have been blasted by over 11 points per 100 possessions.

Here’s an alternative Philly has tinkered with: Why not remove Howard from the rotation entirely and turn Simmons into a backup center defensively? They uncorked that idea briefly against Brooklyn, and for a few minutes, turned the game into a track meet. Look at all of this space!

It effectively turns the 76ers into an entirely different team, one that becomes a tad reliant on transition, perhaps, but also one with significantly better spacing and nearly limitless switchability. Such a drastic change can jar playoff opponents, but it needs to be handled carefully. Give defenses even one shooter to sag off — a Matisse Thybulle here, a Tyrese Maxey there — and the group’s structural integrity is threatened.

On balance, the variations of this lineup Rivers has tried have managed to tread water. That’s not good, and by playoff standards, it’s bad. But it’s not “minus-109 in 99 minutes” bad. The bar is low here. The 76ers don’t have to win these minutes. They have to survive them. They’re not going to do that with bench mobs, but they might if they’re willing to get creative when Embiid rests.

Remember how Jae Crowder and Tyler Herro rained fire on the Bucks from behind the arc for an entire playoff series? That’s what happens when you lack schematic versatility. The Bucks rode their drop coverage to the NBA’s best defense two years in a row. It worked out great until they ran into opponents with enough shooting to exploit it. Milwaukee has embraced defensive alternatives this season with an eye on preventing yet another postseason collapse. In theory, Tucker was the personification of that rebrand.

Aside from Draymond Green, no forward has more convincingly cosplayed as a center deep into the postseason. The Bucks want to switch on defense, so they acquired the center from the defense that nearly switched well enough to end the Golden State Warriors dynasty in 2018. Yet in a very limited 180-minute sample, they’ve hardly used him that way. Tucker has played 154 of his Milwaukee minutes with either Brook Lopez or Bobby Portis on the floor. As the Bucks found against Miami, switching properly requires continuity. They should know better than to hold this trump card in their back pocket. Injuries are a major part of this, but it should be noted that three weeks away from the playoffs, the Bucks haven’t even used the lineup listed above, which most expected to be their closing unit in a matchup with Brooklyn.

This is going to change, of course, but it adds an uncomfortable degree of uncertainty to Milwaukee’s postseason. Continuity is supposed to be one of Brooklyn’s major weaknesses. The Bucks are doing the Nets a favor by leveling the playing field here. Yes, they might want to preserve Tucker’s body for the playoffs and yes, they’ve been shuffling players in and out of the lineup due to injuries lately, but they simply aren’t capable of out-talenting the Nets. Beating them is going to have to come through other means. Teamwork is the obvious alternative, and every game that goes by without getting this lineup reps together is a lost opportunity to build it.

The Eastern Conference has three true contenders. By definition, four teams need to reach the second round, and there’s no ideal candidate. For now, we’ll settle on the Knicks, current holders of the No. 4 seed and the Eastern Conference’s hottest team.

McGee and Leonard were obvious rotation casualties last postseason. Teams typically want to get smaller when the playoffs arrive. Rarely, however, do they need to bench a backcourt starter due to poor play, but Payton is an exception. Teams want point guards that shoot like Leonard, not McGee, yet Payton has mimicked the latter in emerging as New York’s least valuable player. The Knicks are 6.5 points per 100 possessions better with Payton on the bench this season. Their bench lineups featuring Derrick Rose or Immanuel Quickley at the point have thrived. When the Knicks play those two together, they’ve crushed opponents by over 17 points per 100 possessions.

Pairing even one of them with a shooter like Alec Burks or Reggie Bullock has yielded far better results for the Knicks than most Payton lineups. Tom Thibodeau has noticed. Payton’s minutes have declined since Rose arrived, but he’s still the starter. He’ll likely hold out through the end of the regular season. But the postseason punishes teams for every misplaced rotation piece. Playing the wrong person against opposing starters is practically a death sentence. Thibodeau’s commitment to Payton has been firm all season long. That will be tested early in the playoffs. 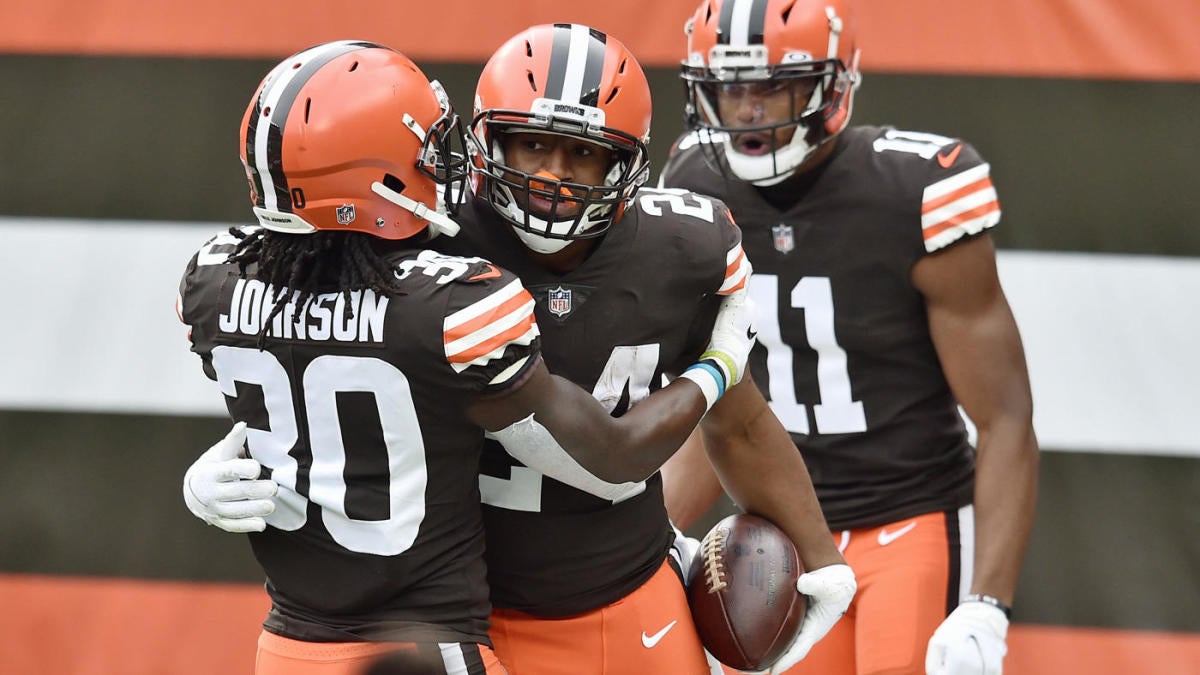 2021 NFL playoffs early odds: Browns on ugly 17-year streak against Steelers that could end in wild-card round 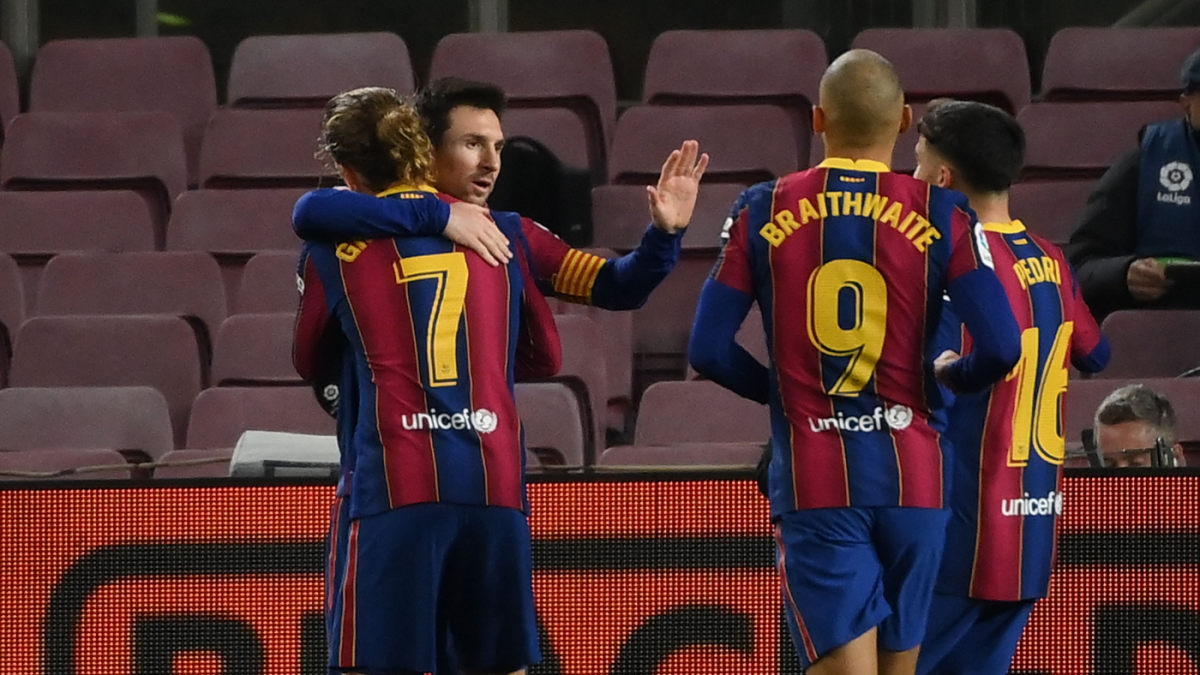 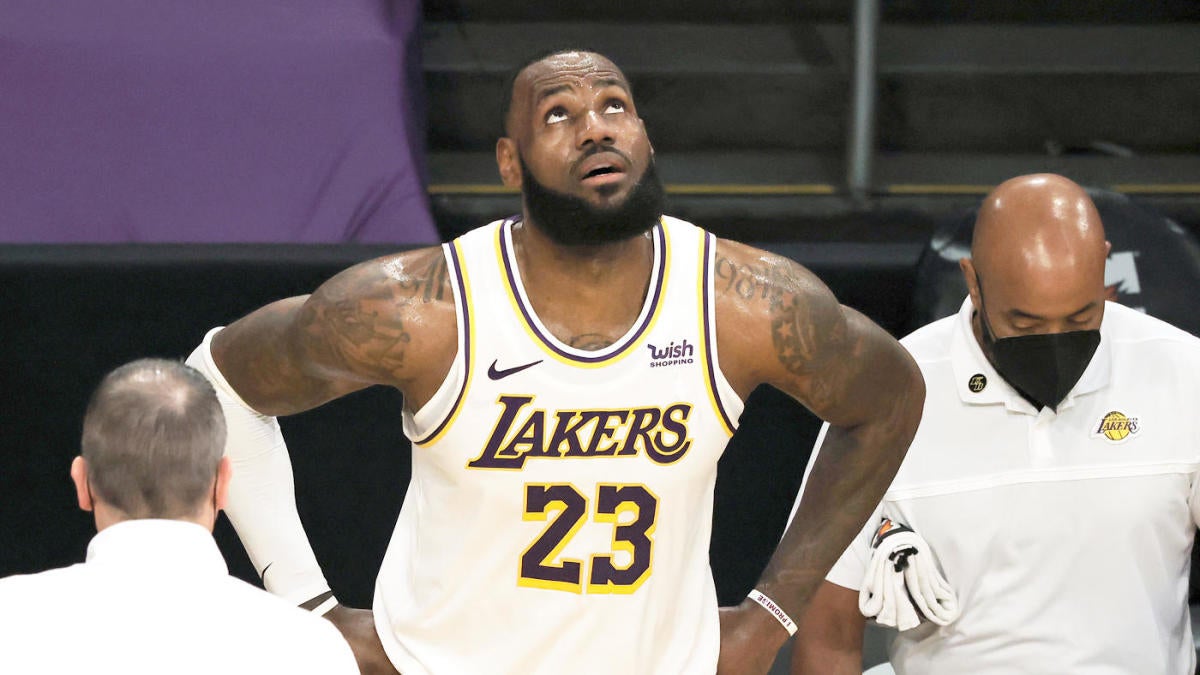