We have an intriguing Week 10 ahead of us in the NBA. It’s another jam-packed schedule, with the majority of the league set to play four games. Meanwhile, the Spurs’ COVID-19 issues will cost both them and the Pacers a game apiece to begin the week. At this time, it’s unclear if the Spurs will have any additional games postponed.

The Rockets and Mavericks also are due to return to action after inclement winter weather in Texas wiped out multiple games for each squad in Week 9. We have one notable schedule quirk this week: The Wizards are set to play five games, which is excellent news for those rostering Bradley Beal. Russell Westbrook also benefits, of course, though the schedule includes a pair of back-to-backs, so it’s possible — if not likely — that Westbrook sits half of at least one of those.

Without further ado, let’s examine some of the tougher start/sit decisions for Week 10:

Goran Dragic will miss Monday’s game against the Thunder, at minimum, due to his ankle injury, and even if he’s available beginning with Wednesday’s contest against the Raptors, there’s a possibility he either fills a bench role and/or logs limited minutes after what would be a nine-game absence. Nunn has earned the right to continue playing a larger role, considering he’s averaging 16.8 points (on 49.0 percent shooting, including 45.8 percent from three), 3.1 rebounds, 2.1 assists and 1.4 steals across his current eight-game stint in the starting five. With four games on tap and Dragic’s status still looking murky, the second-year guard makes for an appealing starting guard for at least one more week.

The Mavericks are finally due to return to action Monday against the Grizzlies after not playing at all during Week 9. Richardson has been a disappointment, overall, this season, but the veteran wing had scored in double digits in six of the last eight games before Dallas’ pause in play. During that span, he shot an improved 45.3 percent from the field, while averaging 13.3 points, 4.3 assists and 3.1 rebounds per game. Richardson also remains aggressive from behind the arc, despite career-worst efficiency (29.6 percent), as he’s putting up 5.2 three-point attempts per contest. Given his career track record, Richardson should begin demonstrating some improvement in that capacity soon enough.

Garland has just a three-game week, and while he’s putting up improved numbers in his second year, they’re not anything you can’t live without if you have a comparable four-game option. The 21-year-old has scored fewer than 20 points in seven of the past eight games. During that sample, Garland has made just nine total trips to the free throw line. While his 15.1 points, 5.4 assists, 1.3 rebounds and 1.3 steals over that stretch are serviceable, Garland’s upside is relatively low this week.

Hachimura had some trouble hitting his stride earlier in the season, as he struggled with injuries, as well as a bout with COVID-19. However, the young big seems to have found his groove of late, putting together seven straight double-digit scoring tallies while averaging a well-rounded 14.7 points, 6.6 rebounds, 1.4 assists and 1.3 steals across 32.3 minutes. Hachimura still has plenty of room to improve from an efficiency standpoint — especially from three — and with a five-game week ahead, starting the Gonzaga product should be a no-brainer.

Tate has been a pleasant surprise for the Rockets, working his way into the starting small forward role over Danuel House. After a pair of weather-related postponements, Houston is set to return to action Monday against the Bull. With a four-game week ahead, Tate will have an ample platform with which to build on the 14.7 points (61.7% FG), 5.7 rebounds, 2.5 assists and 1.2 steals he’s put up over the last six games. Tate put together back-to-back multi-steal efforts at the tail end of that stretch, and he continues to log heavy minutes for a Rockets team that appears to be increasingly shifting toward a youth movement. Since the start of February, Tate is averaging 30.2 minutes per game.

The Spurs are due for a two-game week, as Monday’s game versus the Pacers has already been postponed. That prompts this rare suggestion of sitting DeRozan, who’s in the midst of another All-Star-caliber campaign. In a normal week, matching DeRozan’s scoring, rebounding and assists (career-high 6.9 APG ) contributions would be difficult. But given the Spurs’ schedule, most fantasy managers likely have a four-game player who’s a much safer bet — especially given the chance that the Spurs have additional games postponed beyond Monday.

Theis continues to serve as a solid complementary presence on most nights, and with Kemba Walker not playing any back-to-back sets this season, the big man is seeing more consistent scoring opportunities. Theis took only seven shots and finished with five points in Sunday’s overtime loss to the Pelicans, but on a much more positive note, he played a season-high 39 minutes and recorded three blocks for the second straight game. He’s not going to help you dominate in any single category, but Theis is a well-rounded big man who’s averaging 10.3 points, 4.9 rebounds, 1.7 assists, 1.5 blocks and 1.1 made threes over his last 15 games. With four games ahead, Theis makes for a fine starter in Week 10.

Carter has been solid in his return from an 11-game injury absence, averaging 12.8 points, 5.3 rebounds, 1.8 assists and 1.0 block across 26.5 minutes in his first four games back. The third-year big’s durability is always something of a concern, and he’s had some consistency issues when healthy. However, his current play is encouraging, and with Lauri Markkanen (shoulder) expected to remain out through the week, he’s well-positioned to handle a larger share of minutes in the frontcourt.

Turner is down to three games this week due to Monday’s postponement, and one of those matchups comes against an excellent defensive team in the Knicks. The big man has been inconsistent of late, scoring in single digits in five of his last 12 games, while recording six or fewer rebounds in half of those contests. Turner does remain an excellent source of blocks (career-high 3.5 per game), but with four or more fouls in eight games during that aforementioned 12-game stretch – including one foul-out – Turner’s minutes have often been capped in the mid-20s. If you’re a manager seeking blocks, then Turner should still be in your lineup (he has 10 blocks in the last two games alone). But if points, assists, steals or threes are areas of need, consider plugging in a four-game option at center. 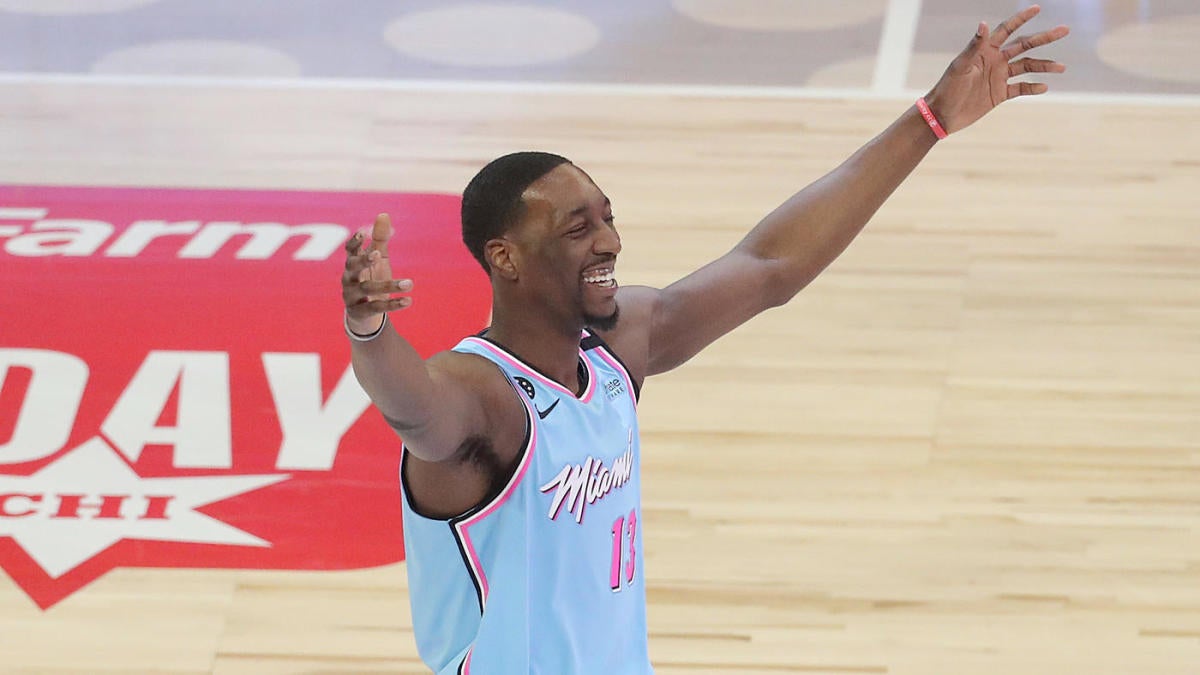 Bam Adebayo, Heat agree to five-year, max rookie contract extension worth up to $195 million, per report 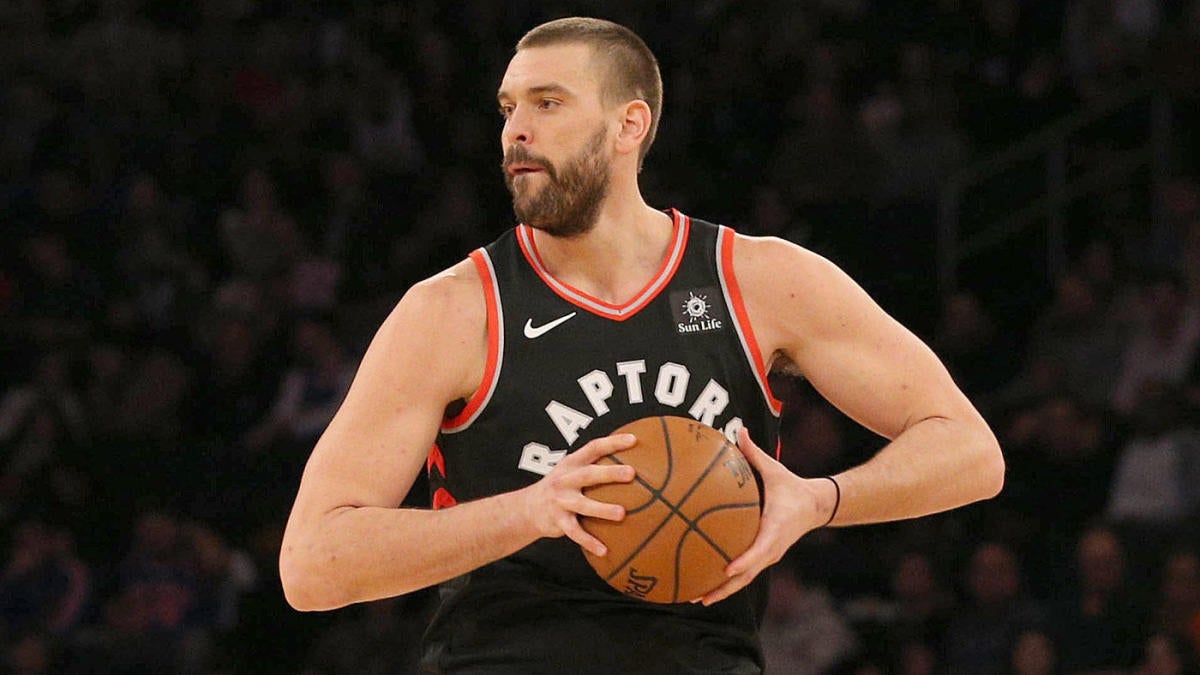