Cleveland’s Major League Baseball franchise will soon have a new nickname. On Sunday, the New York Times reported the team will move away from the “Indians” moniker they have employed for more than 100 years. An official announcement is expected soon and a new nickname is set to debut in 2022. The team has not yet selected a new name.

Cleveland’s decision to drop their controversial nickname and imaging comes five months after Washington’s NFL franchise dropped its own offensive nickname amid pressure from league sponsors. They will be known as the Washington Football Team until a new nickname is chosen.

So how did Cleveland get to this point? Here is a timeline of the Cleveland baseball franchise and everything that led up to the decision to change their nickname.

The American League declared itself a major league in 1900 and the Cleveland franchise was among its eight charter members, playing games as the Cleveland Blues (1901), Cleveland Bronchos (1902), and Cleveland Naps (1903-14). The Naps were named in honor of Hall of Fame player (and sometimes player-manager) Nap Lajoie, the American League’s first superstar. Lajoie started his career with the Philadelphia Athletics in 1896 before joining the Bronchos in 1902.

With Lajoie nearing the end of his career, he was sold back to the A’s in 1915, and the Cleveland franchise was renamed at the behest of owner Charles Somers. “Indians” was selected as a reference to Louis Sockalexis, the first acknowledged Native American in baseball history, though that story is disputed.

Sockalexis played for the Cleveland Spiders from 1897-99. The Spiders were a separate franchise that folded after the 1899 season. They were never associated with the current Cleveland franchise aside from sharing the same city.

Cleveland first acknowledges the “Indians” nickname on its uniforms. From 1915-27, the team wore uniforms with the word “Cleveland” or a stylistic “C” logo. The lone exception was 1921, when they wore a uniform with “Worlds Champions” on the chest in honor of their 1920 World Series win. In 1928, Cleveland occasionally used a silhouette of a Native American with a large headdress on the chest of their uniforms. The logo moved to their uniform sleeves in 1929 and remained there until 1938.

In 1947, owner Bill Veeck commissioned the J.F. Novak Company to design a logo for the team that would “convey a spirit of pure joy and unbridled enthusiasm,” according to Scene Magazine. The company produced an unnamed Native American logo with yellow skin, a large nose, and single feather headdress. The logo came to be known as “Chief Wahoo” given its resemblance to the popular “Big Chief Wahoo” comic strip that ran in the 1930s and 1940s.

The “Chief Wahoo” logo underwent several revisions in subsequent years and the most recent version, with red skin and a smaller nose, first appeared in 1951. Other versions included a full-body depiction of the character, sometimes with a baseball bat.

The “Chief Wahoo” logo first appears on the team’s caps and was used sporadically through 1962.

Protests of the “Indians” nickname and “Chief Wahoo” logo begin at the team’s home ballpark as well as at its spring training site. Annual Opening Day protests started in 1973 and continue to this day. The protests are often met with counterprotests and have been antagonistic at times, with physical confrontations. Some have resulted in legal action.

Team president Peter Bavasi sought input from Cleveland players about the team’s uniform and, according to Terry Pluto’s book The Curse of Rocky Colavito: A Loving Look at a Thirty-Year Slump, utility man Pat Tabler suggested using the “Chief Wahoo” logo on the club’s caps because they would “sell like crazy.” Pluto writes that even though Bavasi expressed concern it would offend Native American groups, the logo was added to the team’s hats.

Jacobs Field (now Progressive Field) opened and the club considered eliminating the “Chief Wahoo” logo at the time, but ultimately retained it. When Cleveland Municipal Stadium was demolished, a 28-foot tall neon “Chief Wahoo” sign that stood above a main entrance was donated to the Western Reserve Historical Society.

Owner Paul Dolan announces the team will officially use a block “C” as its new primary logo. The team had been scaling back on their usage of the “Chief Wahoo” logo for several years, though Dolan confirmed it would remain in a limited capacity.

“(There are) no plans to get rid of ‘Chief Wahoo.’ It is part of our history and legacy,” Dolan said at the time. “We do have empathy for those who take issue with it. We have minimized the use of it and we’ll continue to do what we think is appropriate.”

Activists in Canada filed a legal challenge seeking to prevent Cleveland from using the “Indians” nickname and the “Chief Wahoo” logo during ALCS games played against the Blue Jays in Toronto. The challenge was later dismissed by a judge.

Commissioner Rob Manfred confirms he met with Cleveland team ownership regarding the future of the “Chief Wahoo” logo. At the time, he said discussions were still ongoing.

MLB and Dolan announce the team will no longer use the “Chief Wahoo” logo on their uniforms. Dolan and Manfred released the following statements at the time:

“Major League Baseball is committed to building a culture of diversity and inclusion throughout the game,” said Commissioner Manfred. “Over the past year, we encouraged dialogue with the Indians organization about the Club’s use of the Chief Wahoo logo. During our constructive conversations, Paul Dolan made clear that there are fans who have a longstanding attachment to the logo and its place in the history of the team. Nonetheless, the club ultimately agreed with my position that the logo is no longer appropriate for on-field use in Major League Baseball, and I appreciate Mr. Dolan’s acknowledgement that removing it from the on-field uniform by the start of the 2019 season is the right course.”

“We have consistently maintained that we are cognizant and sensitive to both sides of the discussion,” said Cleveland Indians owner Paul Dolan. “While we recognize many of our fans have a longstanding attachment to Chief Wahoo, I’m ultimately in agreement with Commissioner Manfred’s desire to remove the logo from our uniforms in 2019.”

In order to retain the “Chief Wahoo” trademark, Cleveland continued to use the logo on limited merchandise.

The “Chief Wahoo” logo is completely phased out. Cleveland unveils uniforms with “Indians” and “Cleveland” across the chest, the block “C” logo on the cap, and the All-Star Game patch on the sleeve (Progressive Field hosted the 2019 All-Star Game). “Chief Wahoo” was not used on the uniform at all.

“We are committed to making a positive impact in our community and embrace our responsibility to advance social justice and equality. Our organization fully recognizes our team name is among the most visible ways in which we connect with the community.

“We have had ongoing discussions organizationally on these issues. The recent unrest in our community and our country has only underscored the need for us to keep improving as an organization on issues of social justice.

“With that in mind, we are committed to engaging our community and appropriate stakeholders to determine the best path forward with regard to our team name.

“While the focus of the baseball world shifts to the excitement of an unprecedented 2020 season, we recognize our unique place in the community and are committed to listening, learning and acting in the manner that can best unite and inspire our city and all those who support our team.”

Cleveland manager Terry Francona and star shortstop Francisco Lindor expressed support for a name change soon thereafter. “I think it’s time to move forward. I’ve been thinking about it and been thinking about it before we put out that statement. I know in the past, when I’ve been asked about, whether it’s our name or the ‘Chief Wahoo,’ I think I would usually answer and say I know that we’re never trying to be disrespectful,” Francona said at the time.

The New York Times reports Cleveland will change its team nickname. The club is expected to make an official announcement soon, perhaps this week, and a new nickname has not yet been selected. They will retain the “Indians” nickname and their uniforms in 2021. 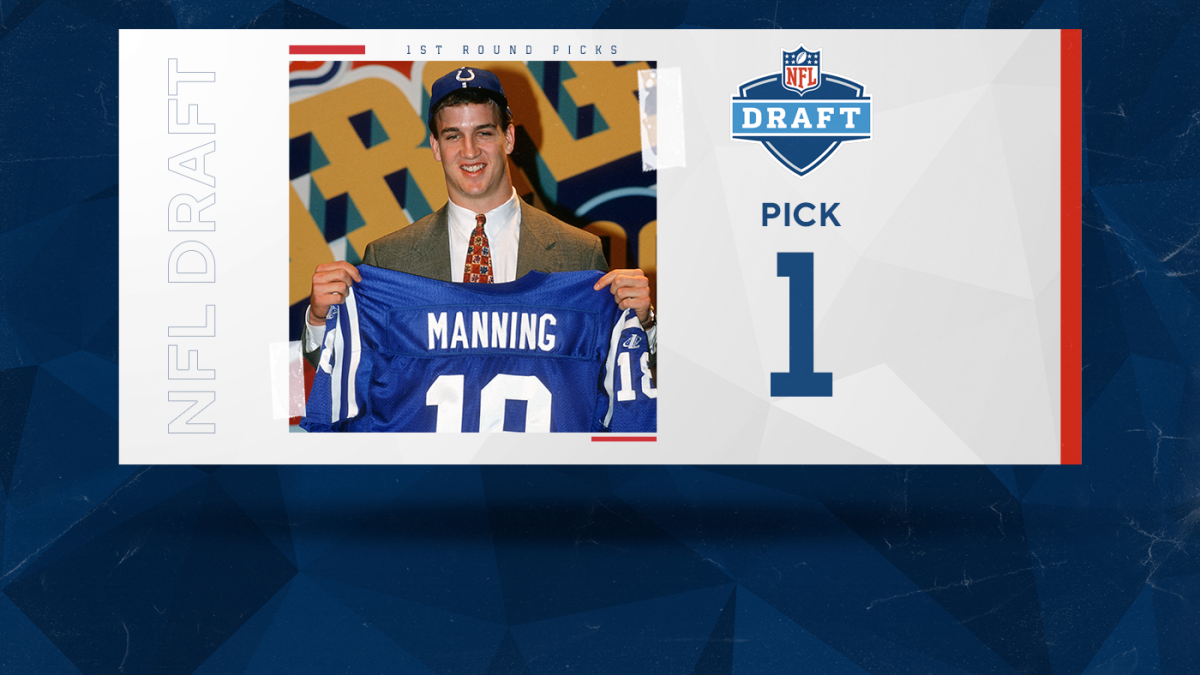 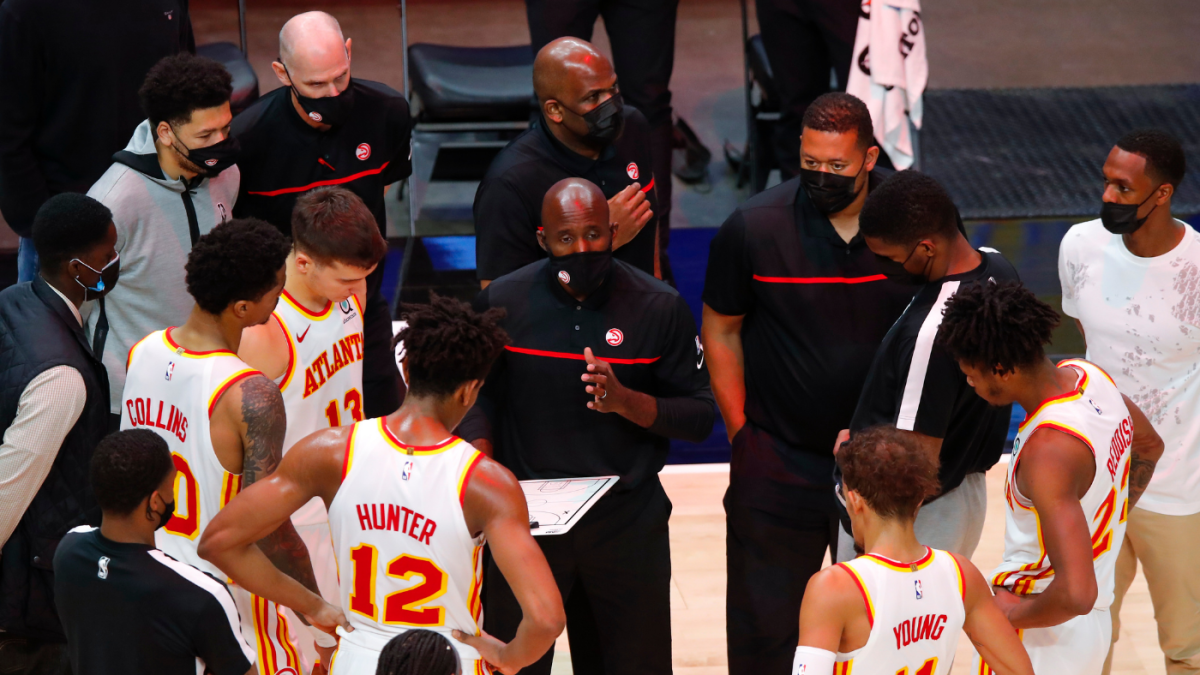 Lloyd Pierce fired: Trae Young among several Hawks players on board with coaching change, per report 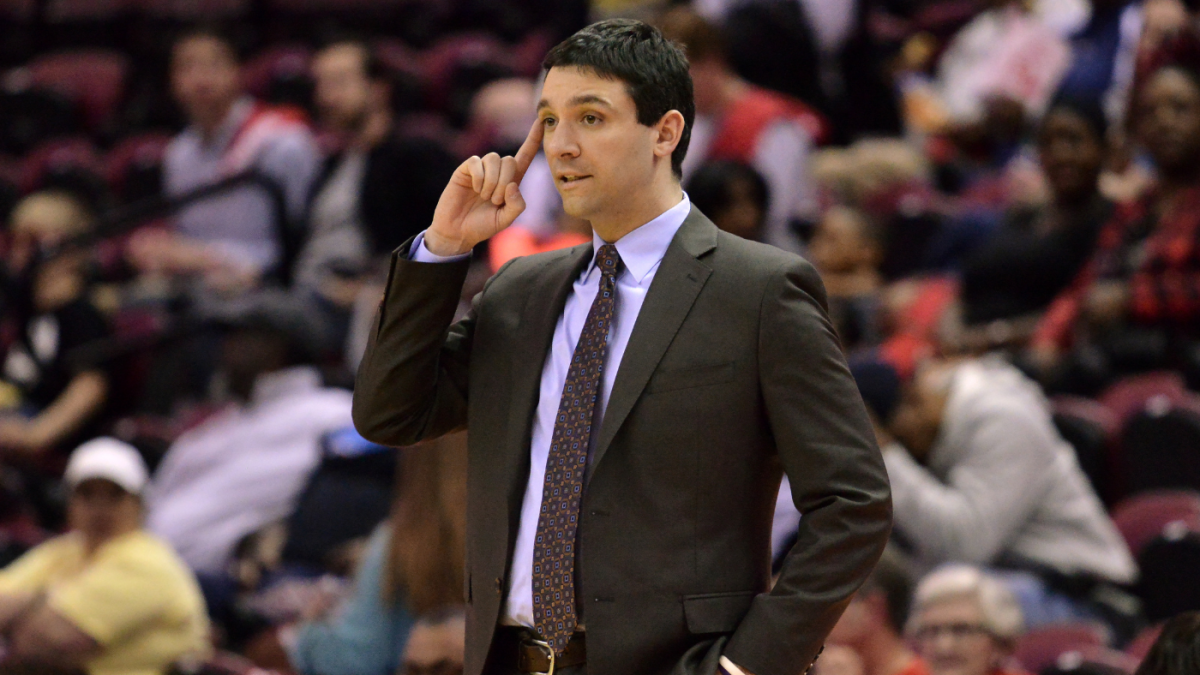