The prospect of the salary cap dropping from the current $198.2 million level to as low as the NFL/NFLPA agreed upon $175 million floor could produce an eventful offseason where a higher than normal number of players are released or traded.

A majority of the time when a player is traded or released, there is a residual cap charge. This cap charge for a player that is no longer on a team’s roster is commonly referred to as dead money. It exists because the remaining proration of the salary components that are treated like signing bonus immediately accelerate into his team’s current salary cap with a trade or release.

Dead money is typically a sunk cost where money isn’t owed to a player. Only if there are salary guarantees when a player is released, will there be a payment associated with dead money. There are two major exceptions to this general rule of bonus proration accelerating. Only the current year’s proration counts toward the cap with players released or traded after June 1. The bonus proration in future contract years is delayed until the following league year.

A team can also release two players each league year prior to June 1 (known as a Post-June 1 Designation) that will be treated under the cap as if they were released after June 1. With a post-June 1 Designation, a team is required to carry the player’s full cap number until June 2 even though he is no longer a part of the roster. The player’s salary comes off the books at that time, unless it is guaranteed.

The Lions and Rams got the ball rolling a couple of weeks ago with the NFL‘s annual offseason roster purge. When the trading period opens at the start of the 2021 league year on March 17, Lions quarterback Matthew Stafford is being dealt to the Rams for quarterback Jared Goff, a 2022 first-round pick, a 2023 first-round pick and a 2021 third-round pick. Each team has a net cap space loss with the trade. Goff’s $34.95 million 2021 cap number comes off Los Angeles’ books while leaving $22.2 million in dead money from the bonus proration associated with his 2021 through 2024 contract years. Goff’s dead money, combined with taking on Stafford’s $20 million 2021 salary, adds $7.25 million to the Rams’ cap.

Additionally, high-profile players are starting to be cut. The Texans picked up $17.5 million of cap space by honoring three-time NFL Defensive Player of the Year J.J. Watt’s request to release him. The Broncos gained $13,218,750 of cap room by cutting cornerback A.J. Bouye. The Panthers freed up $8,603,250 of cap space from terminating defensive tackle Kawann Short’s contract.

Here’s a look at 15 other noteworthy players who could be in different uniforms next season because of a trade or as a salary cap casualty.

The skinny: Watson has demanded a trade, while the Texans have zero interest in him playing elsewhere. Should the Texans have a change of heat and decide to deal Watson, the return would be unprecedented for the salary cap era. The acquiring team would be getting a cost controlled 25-year-old franchise quarterback, which why is the Texans have no desire to make a trade. Watson is under contract for five years averaging of $29.308 million per year ($146.54 million total). Only $10.54 million of cap space would be necessary to absorb Watson’s 2021 salary. His salaries and cap numbers take a big jump after that to $35 million, $37 million, $32 million and $32 million in 2022, 2023, 2024 and 2025.

The skinny: The Eagles are comfortable easily setting a record in dead money for one player by trading 2017’s second overall pick. General manager Howie Roseman hasn’t found much interest in Wentz after initially asking for a Stafford-type haul in return. The Bears and Colts are possible trade partners. The Eagles would prefer to trade Wentz sooner rather than later but the drop-dead date to move him is March 19, the third of the 2021 league year, when his fully guaranteed $10 million roster bonus is due. The dead money becomes $43,820,611 after payment of the roster bonus. An acquiring team would have Wentz under contract for $98.4 million over four years averaging $24.6 million per year. That would be pretty cost-effective provided Wentz could resurrect his career. It would really be a two-year commitment for $47.4 million because $15 million of Wentz’s injury guaranteed $22 million 2022 base salary becomes fully guaranteed on March 19. After 2022, the acquiring team could exit the deal without any dead money or residual cap charges.

The skinny: The 49ers are reportedly willing to part ways with Garoppolo for an upgrade at quarterback. Something unique was done with the five-year, $137.5 million contract Garoppolo signed in February 2018 to briefly become the NFL’s highest-paid player at $27.5 million per year. The deal was structured with an unusually large $37 million 2018 cap number (the first year) where $28 million was in a March 2018 roster bonus. This gave the 49ers more cap flexibility with Garoppolo’s contract. The final two years are worth $51.1 million with Garoppolo scheduled to make $25.5 million in 2021. Returning to the Patriots, who drafted Garoppolo in 2014’s second round, would seem like a logical destination should the 49ers decide to move on. Dealing Garoppolo would require him to waive the no-trade clause he has for the 2021 league year.

The skinny: Gilmore, who is entering the final year of his contract, was rumored to be on the trading block last offseason. The Patriots reportedly were seeking too steep of an asking price — a first-round pick and a player — to part with the 2019 NFL Defensive Player of the Year. Since the Patriots are unlikely to give Gilmore an extension, the expectation is he will be dealt.

The skinny: Ertz and the Eagles weren’t close in negotiations for a new contract during the preseason and 2020 was a lost season for Ertz because of Wentz’s regression and an ankle injury that sidelined him for five games. The inability to reach a new deal for Ertz, who is entering his contract year, sets the stage for his departure. The Eagles have another tight end, Dallas Goedert, who is very good in his own right. The 2018 second-round pick is also entering his contract year. One way for the Eagles to potentially get satisfactory compensation for Wentz, especially from the Colts, is to offer a package deal including Ertz as first suggested by ESPN.com’s Tim McManus.

The skinny: Brown has made it clear that he wants to be a left tackle. The position is manned by Ronnie Stanley in Baltimore. Stanley, a first-team All-Pro in 2019, signed a five-year, $98.75 million extension worth up to $100 million through incentives at the end of last October. The Ravens have given Brown’s agent permission to seek a trade. It’s going to take at least a first-round pick to pry Brown, who is entering the final year of his rookie contract, away from the Ravens. Presumably, an acquiring team would want to sign Brown to an extension in connection with a trade, which should be $20 million per year at a minimum.

The skinny: The Raiders are rumored to be open to moving a quarterback. It’s Mariota rather than Derek Carr, who has been the Raiders starting quarterback for the past seven seasons. Mariota’s signed a two-year, $17.6 million deal worth a maximum of $47.5 million through incentives and salary escalators as a free agent last March. He played well when a groin injury sidelined Carr for most of a late-season game against the Chargers. Mariota’s salary is exorbitant to be a backup with the Raiders next season.

The skinny: Jets general manager Joe Douglas must decide whether to use the second-overall pick in the 2021 NFL Draft on a quarterback or build around Darnold, 2018’s third-overall pick. If Douglas moves on, the acquiring team would need to make a decision about Darnold’s fifth-year option for 2022 prior to May 3. Darnold’s fifth-year option, which is expected to be in the $18 million to $19 million range if the 2021 salary cap takes the expected steep drop, is fully guaranteed upon exercise.

The skinny: Miller missed the 2020 season because of an ankle injury requiring surgery. The Super Bowl 50 MVP was coming off a down 2019 by his standards. His eight sacks were his lowest total in a full season. The window to pick up the option on Miller’s 2021 contract year opened on Feb. 12. The Broncos must make a decision about the option before the 2021 league year begins on March 17. $7 million of Miller’s $17.5 million 2021 base salary will be fully guaranteed if the Broncos pick up the option.

The skinny: Smith was the 2020 NFL Comeback Player of the Year after a miraculous return from a devastating compound leg fracture during the middle of the 2018 season, which resulted in life-threatening complications. Washington is looking to upgrade at quarterback. A run was made at acquiring Stafford. Smith’s best chance of remaining in Washington next season is taking a pay cut to be a backup.

The skinny: A renegotiation of Jeffery’s contract right before the end of the 2020 regular season is an indication that he will be released with a Post-June 1 Designation. Jeffery reduced his 2021 compensation by $11 million to $2 million that becomes fully guaranteed on the second day of the 2021 league year (March 18). Additionally, Jeffery’s 2022 base salary, which increased to $25 million, becomes fully guaranteed on March 18. The Eagles will have $5,435,706 of 2022 dead money relating to Jeffery because of the Post-June 1 Designation. A similar renegotiation took place with defensive tackle Malik Jackson, who will also be released with a Post-June 1 Designation.

The skinny: Rudolph insists he won’t accept a pay cut. He isn’t happy about becoming more of a blocker because of 2019 second- round pick Irv Smith, Jr.’s emergence as a receiver at tight end. Rudolph, who is 31, could be in for a rude awakening financially if released.

The skinny: It’s going to be necessary for the Saints to part ways with several key contributors and restructure multiple contracts because of currently having an $87.2 million overage according to NFLPA data if the 2021 salary cap is set at $180 million. Alexander, who was acquired from the 49ers at last year’s trading deadline, tore an Achilles late in the 2020 season. The Saints eventually would be on the hook for $2 million under the NFL Collective Bargaining Agreement’s injury protection benefit. A player injured in one season, who remains physically unable to play the next season due to injury and has his contract terminated by the team with remaining contract year(s), is entitled to 100 percent of base salary injury up to $2 million in the season following the injury for 2021. $1.2 million of Alexander’s injury protection benefit would count against the Saints’ 2021 salary cap.

The skinny: Johnson was part of one of the worst trades in recent memory last March. The Texans sent perennial All-Pro wide receiver DeAndre Hopkins and a 2020 fourth-round pick to the Cardinals in exchange for Johnson, a 2020 second-round pick and a 2021 fourth-round pick. Johnson was expected to be the focal point of the Texans’ offense in 2020 but the change of scenery didn’t resurrect his career. His last highly productive season was in 2016 when he led the NFL with 2,118 yards from scrimmage and 20 touchdowns. Johnson had 1,005 yards from scrimmage and eight touchdowns in 12 games last season.

The skinny: The Raiders have already decided to release Williams, who signed a four-year, $44.4 million deal in 2019 free agency. His two-year stint with the Raiders was marred by injury. A foot injury limited Williams’ effectiveness in 2019. Williams missed the 2020 season with a shoulder injury that required surgery. $1 million of Williams’ $11.5 million 2021 base salary was guaranteed for injury at signing. This $1 million became fully guaranteed on March 10, the third day of the 2021 waiver period. 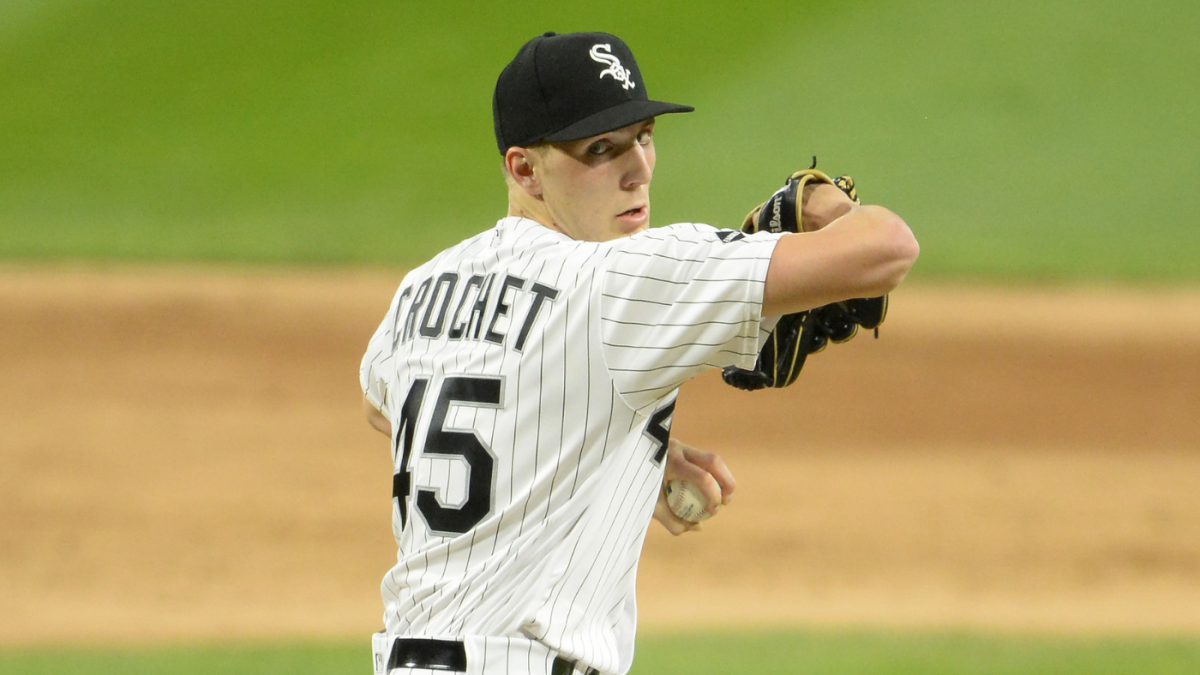 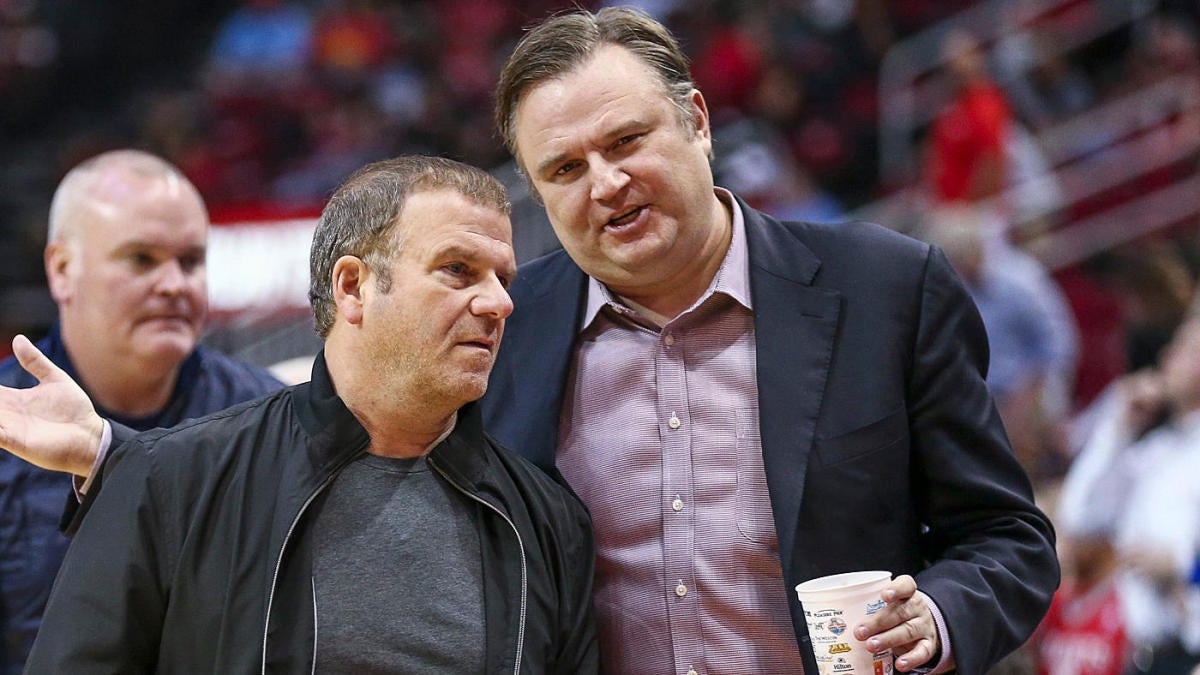 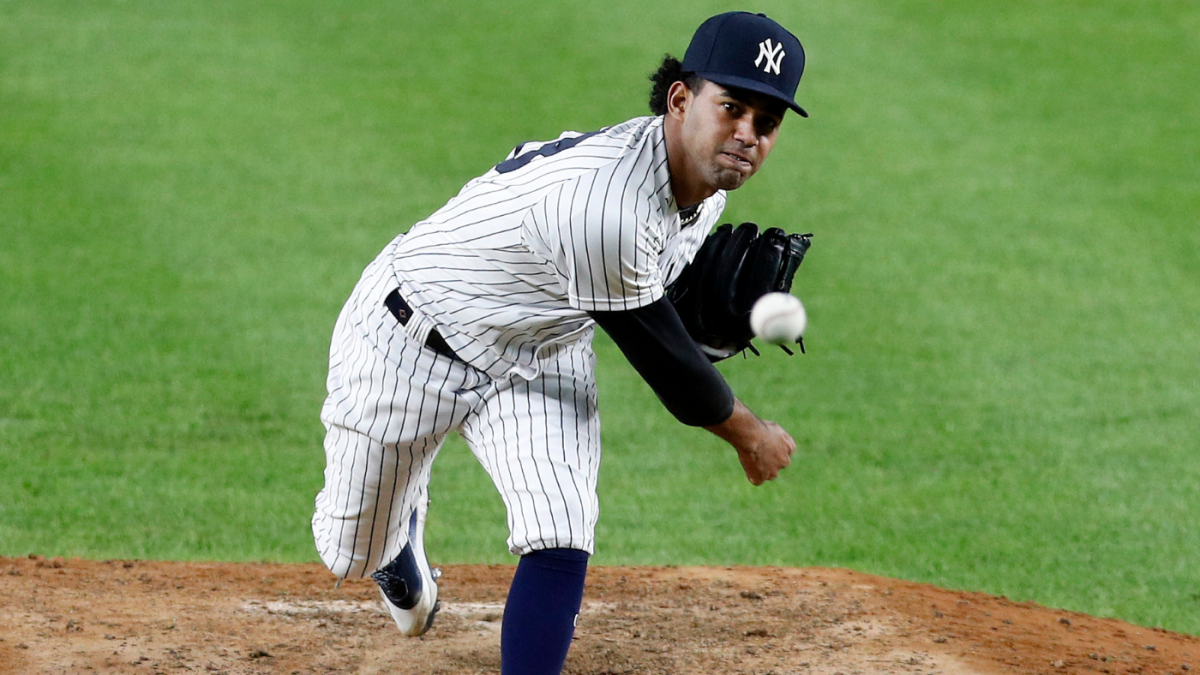 Nationals to open 2021 season Tuesday vs. Braves after MLB postpones Monday game due to COVID issues