NFL free agency officially begins at 4 p.m. ET on March 17, but we certainly have not been wanting for action. Starting quarterbacks have been traded, Dak Prescott finally broke the bank and then of course we had the franchise tag deadline come and go. There were those players who were expected to be tagged such as Washington Football Team offensive guard Brandon Scherff, but there were other surprise tags like Jacksonville Jaguars left tackle Cam Robinson and New Orleans Saints safety Marcus Williams.

There were other players who were told to prepare for free agency, however, and that’s where things could get interesting. Sure, the Green Bay Packers could re-sign Aaron Jones or the Tampa Bay Buccaneers could agree to terms on a contract with Shaquil Barrett, but feelings could change once the offers from other clubs begin to roll in. Below, we are going to play free agency matchmaker for the 16 AFC teams and identify one player who fits a need for each team and is potentially someone they can afford.

We will break down our selections by division and offer an explanation for why we think each player is a nice match for the prospective team. Let’s go ahead and jump in, starting with the AFC North.

Jones’ time with the Detroit Lions has been impressive, as he has recorded nine receiving touchdowns in three out of five seasons. He played in all 16 games for the first time in three years last season, and showed no signs of slowing down. He’s looking to play for a contender in 2021 but also get paid, and the Ravens seem like a team that could be a nice landing spot. Marquise Brown is a fun weapon and Devin Duvernay and Miles Boykin have shown potential, but if the Ravens want to get the most out of Lamar Jackson, finding a true No. 1 wideout is going to be important for his development and Baltimore’s success at large moving forward. Jones is a veteran, but also still a dynamic player. I like this fit with the Ravens.

Samuel isn’t considered a top receiver in free agency, but he may be one of the prospects who attracts the most attention. The reason for this is because he’s a dynamic player who can play wide receiver and in the backfield. During his junior season at Ohio State, Samuel rushed 97 times and caught 74 passes. Carolina Panthers first-year head coach Matt Rhule went back to that style of play during Samuel’s fourth season in the league, as he caught 77 passes and rushed 41 times. The reason the Bengals make sense here for Samuel is because they can afford to pay him and Joe Burrow is in need of another playmaker. Additionally, head coach Zac Taylor was tabbed as this prospective offensive genius when he was hired, and we haven’t exactly seen that side of him yet. Maybe adding someone like Samuel could open up the floodgates.

There are plenty of pass-rushers on the market this offseason, and I imagine the Browns are going to grab one of them. While the Lions defense was the worst in the league last year, Okwara stood out with 10 sacks and 18 quarterback hits. According to PFF, he totaled 61 pressures in 2020, which was tied for fifth among edge defenders. Detroit did not franchise tag him, so he’s free to hit the open market, and Cleveland could be a spot he lands.

This might not be the sexiest signing for the Steelers, but I feel comfortable in saying that they will target a running back this offseason. Jones or Kenyan Drake are likely going to be too expensive, so the Steelers could look to find a cheaper option like Carson or maybe Jamaal Williams. Carson is my pick because he’s coming off of a season in which he recorded a career-high 4.8 yards per carry and is someone who can break tackles. We all can admit it would be hard to find success running the ball behind Pittsburgh’s offensive line, but Carson might.

The Texans have plenty of problems to address this offseason, but the cornerback position sticks out to me. Players like Patrick Peterson or Richard Sherman probably won’t have interest, but the Texans could find another player who is ready to become a leader in the secondary. Dunbar was a player who was quickly turning into a No. 1 corner with Washington, but was then traded to the Seattle Seahawks ahead of the 2020 season. After a wild offseason which included an alleged robbery, Dunbar then played in just six games for Seattle due to injury. Maybe another change of scenery makes sense here.

The Colts have their new quarterback in Carson Wentz, but they lost a big piece along the offensive line with the retirement of left tackle Anthony Castonzo. The Colts have the fourth-most available cap space to spend in the NFL according to Over The Cap, so they should chase an elite player like Williams. Indy needs to find a new No. 1 wideout if T.Y. Hilton walks, but I like this fit if Williams does decide to leave San Francisco.

It would be fun to see the Jaguars make a splash at wide receiver or tight end, but there are some important holes to fill on defense — especially at safety. The 26-year-old Johnson is one of the top safeties on the market and the Jaguars can afford to pay him. Trevor Lawrence and Co. should be exciting to watch in 2021, but let’s try to give him a defense in Year 1. Jacksonville’s defense was the second-worst in the league last season.

The Titans need help getting to the quarterback, as they finished with just 19 total sacks in the regular season, which ranked third-worst in the league. Tennessee tried to fix the pass-rush problem last offseason by winning the arms race for Jadeveon Clowney and taking a shot on Vic Beasley, but neither addition worked out. During his first four seasons in the league, Lawson totaled 20 sacks, 81 combined tackles and 19 tackles for loss. The Bengals will try to sign him to a long-term contract, but the 25-year-old is going to garner some interest in free agency. The Titans saved some cap space by cutting cornerback Malcolm Butler, and Lawson is a player that would be a great signing.

The Bills would be smart to add a legitimate starting cornerback to bolster the defense with Josh Norman and Levi Wallace looking for new deals this offseason. Some players at the top of the market could be expensive for their taste, so maybe Jackson is someone Buffalo could target. He has been a full-time starter for three seasons now and is coming off of a campaign in which he recorded 45 combined tackles, 11 passes defensed and one interception. Buffalo could stand to upgrade on the defensive line but I’m eyeing the cornerback position here.

I would absolutely love this move. Miami could fast-track Tua Tagovailoa’s development with a star running back — who by the way is effective on the ground and through the air. Jones has been one of the NFL’s most productive running backs over the past two seasons, and with the Packers not franchise tagging him, he could be playing elsewhere in 2021. Additionally, Barry Jackson of The Miami Herald reports that Jones and the Dolphins have mutual interest.

The Patriots are coming off of an extremely disappointing season, but they do have the third-most cap space in the NFL, according to Over The Cap. Bill Belichick found so much success with Rob Gronkowski, making a move to acquire a star tight end could help his offense immediately this upcoming season. Henry has said he wants to play with a good quarterback, which is still a question mark when it comes to the Patriots, but if they could get that position figured out and add Henry, the Patriots could be right back in the mix in the AFC East.

Golladay escaped the Lions’ franchise tag and can now hit the open market. According to the The Miami Herald‘s Adam Beasley, the Dolphins and New York Giants are expected to show serious interest in him, but I’m eyeing the other New York team. The Jets are turning over a new leaf and they need star power at receiver to help whomever is playing under center in 2021. Golladay caught just 20 passes for 338 yards and two touchdowns in five games played this past year, as COVID-19 and then a hip injury forced him to miss the majority of the season. But he did put up career-high numbers in 2019, as he caught 65 passes for 1,190 yards and 11 touchdowns. This would be a monster signing.

Butler’s time with the Titans was full of ups and downs, as he struggled in the opening half of his first year with the Titans in 2018, and then broke his wrist in 2019. Butler did end up becoming the cornerback the Titans were hoping for in 2020, however, as he recorded a career-high 100 combined tackles, 14 passes defensed and four interceptions in 16 games played. He’s a veteran that several teams will be interested in, and Denver should be as well.

The Chiefs could stand to upgrade at linebacker and adding a versatile defender at that spot could help this defense take their play to the next level. Brown is effective when it comes to blitzing and then also in pass coverage, and has lined up in several different spots for the Titans over the past three seasons.

The Raiders need serious help on defense, and that includes in the secondary. Head coach Jon Gruden is a fan of Sherman and has already toed the line of tampering when it comes to wooing him to Las Vegas. Sherman says he wants to play two more years with a competitive team, and while we could argue how competitive the Raiders really are, we know they are in on Sherman.

Linsley has become an elite interior offensive lineman, and was named an All-Pro this past season. It has virtually been decided that he will not be returning to the Packers, and he’s sure to generate some attention in free agency. The Chargers have found their quarterback in Justin Herbert, and now they just need to find a way to protect him. In 15 games he was sacked 32 times, which was tied for No. 11 in the NFL. 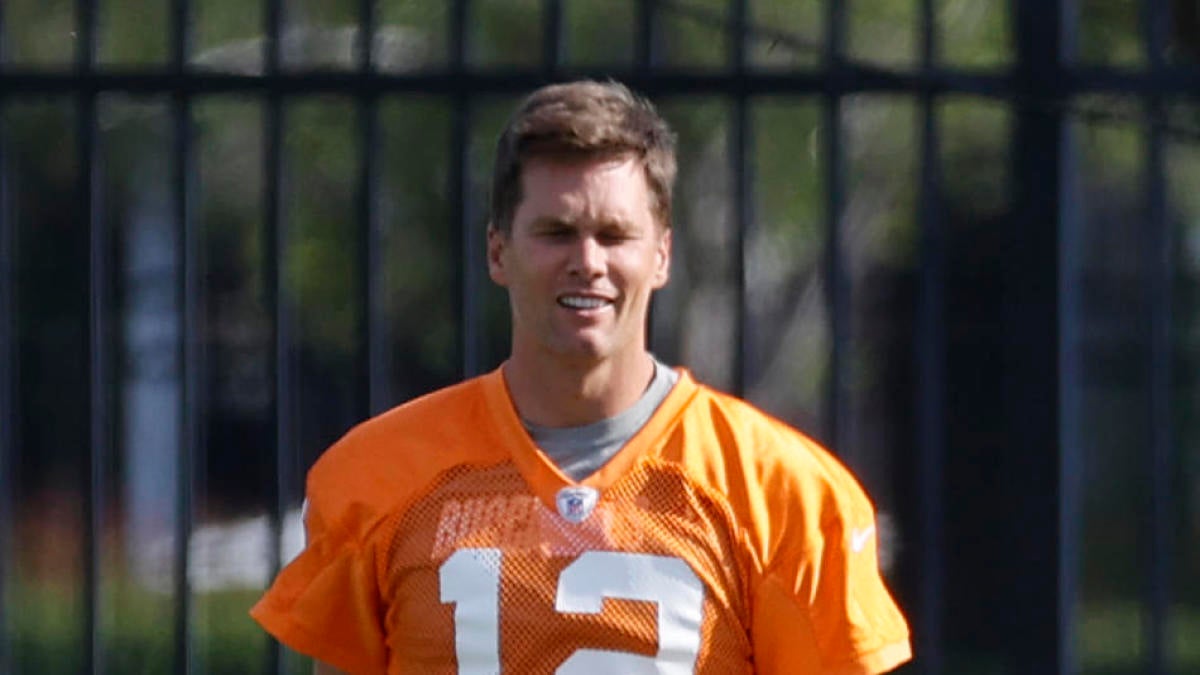 Why Tom Brady’s injury could lead to a punishment for Buccaneers, plus most underrated players in the NFC 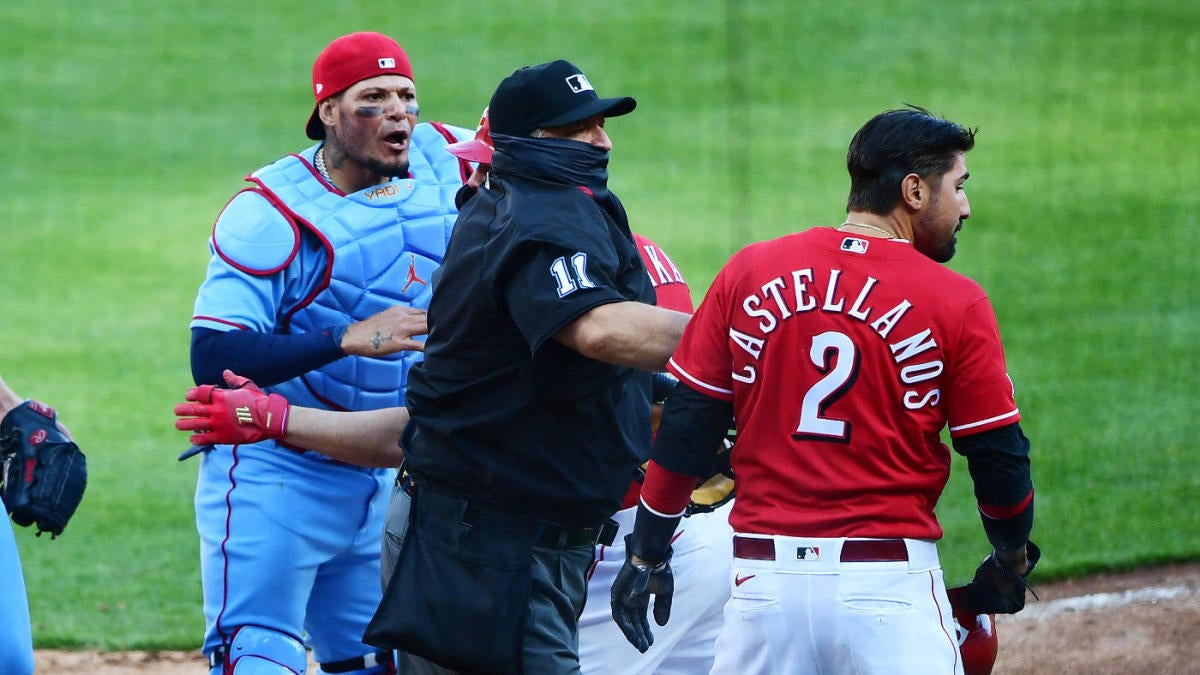 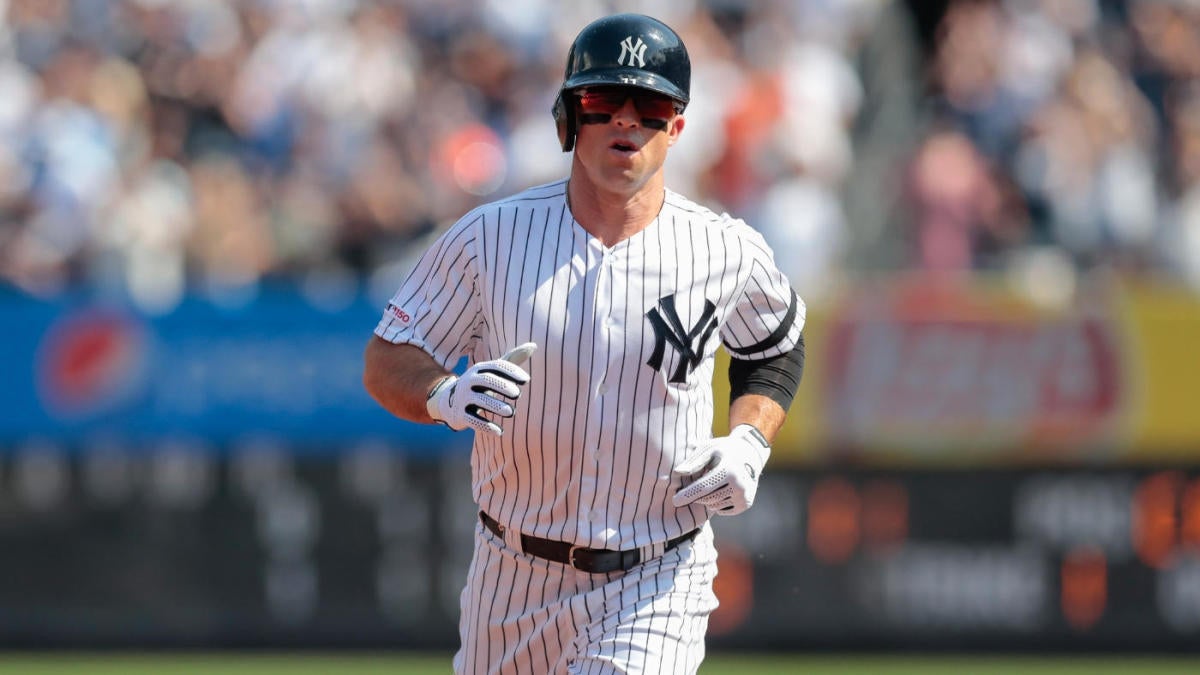 MLB rumors: Yankees yet to offer Brett Gardner a deal; Mets eyeing starters after missing out on Trevor Bauer