Ted Cruz ditched Texas amid a catastrophic winter storm for Cancun. Twitter joked that the state senator actually landed on Mars, not Mexico or Texas, along with NASA’s Perseverance Rover on Feb. 18.

NASA’s Perseverance rover landed on Mars on Feb. 18, and the people of Twitter teased that it had a surprise travel buddy: Ted Cruz. The Texas senator left behind his state that is currently suffering a power crisis amid a bizarre winter storm to jump on a flight to Cancun on Wednesday night, Feb. 17. But instead of landing in Mexico that night or returning to Texas the next day (his actual plans), Twitter users joked that the Conservative politician was actually catching a ride to outer space.

“Spotted: Ted Cruz deviates from his plans in Cancun to hitch a ride with Perseverance to Mars,” one such Twitter comedian wrote, and included a photo that the Perseverance rover snapped on Mars. Edited in was Mr. Cruz, rolling his carry-on luggage on the red planet. The photo was actually taken from a picture of Cruz at an airport in Cancun on Feb. 18, before the Republican senator boarded his flight back to the United States. Another person posted a similar photo and cheekily wrote, “Mars rover has found no sign of intelligent life, but the rover did find U.S. Senator Ted Cruz.”

There was another running joke that Cruz should’ve actually been given a ticket to Mars. “We’ve made history. #NASAPerseverance has landed on #Mars2020 Now can we bring Matt Damon home & send Ted Cruz there, please?,” one person teased, referring to Damon’s character in the movie The Martian who gets stranded on Mars. Another person had a similar thought, tweeting, “I can’t believe we launched something to Mars and didn’t put Ted Cruz on it.”

I can’t believe we launched something to Mars and didn’t put Ted Cruz on it.

Others were amazed that a NASA rover made it to Mars (a journey that required almost 300-million miles of travel) before Cruz returned to his state that’s in turmoil. “NASA landed on Mars before Ted Cruz got back to Texas,” TV writer and actress Grace Parra Janey tweeted.

NASA landed on Mars before Ted Cruz got back to Texas

While Twitter had fun with Cruz’s temporary disappearance from Texas, most were furious at the Texas senator for ditching his state. Texas was hit with an unexpected winter storm that has caused millions to lose power and burst pipes, leaving people without drinking water. Cruz’s controversial flight to Cancun drew criticism across Twitter, and even Meghan McCain — who is Republican herself — compared Cruz to Marie Antoinette. Cruz tried to explain that he left the state to be a “good dad.”

“With school cancelled for the week, our girls asked to take a trip with friends. Wanting to be a good dad, I flew down with them last night and am flying back this afternoon,” Cruz said in a statement obtained by CNN. The controversial politician added, “My staff and I are in constant communication with state and local leaders to get to the bottom of what happened in Texas. We want our power back, our water on, and our homes warm. My team and I will continue using all our resources to keep Texans informed and safe.” 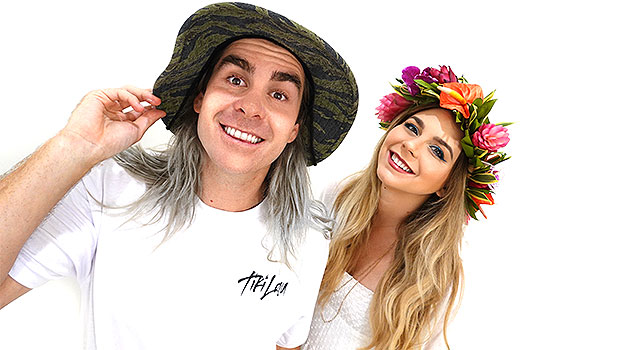 Tiki Lua Reveals How They Teamed With Mike Tyson To Make His Official Walkout Song For Roy Jones Jr. Fight