Farrah Abraham looked as happy as could be as she frolicked on the sand while rocking a tiny seafoam green bikini.

Farrah Abraham, 29, was enjoying the sun during a recent beach outing and didn’t hesitate to show off her figure in a tiny stylish bikini! The Teen Mom star wore a seafoam bikini that included an bikini top that had criss-cross straps in the front and an open bottom section and matching bikini bottoms that tied on the sides. She was all smiles as frolicked on the sand and in the water in Miami, FL as her long wavy locks were down and flowing.

Farrah’s adorable daughter Sophia, 12, was also spotted frolicking in the water with her. The pre-teen was holding a sweet dog as she wore a black and green top and white shorts during the fun outing. Like her mom, she was all smiles as she let her long straight locks down.

Farrah’s latest sighting comes after she wowed in a white crop top and white bikini bottoms while holding a bodyboard during a Santa Monica beach outing. The reality star gave off Pamela Anderson in Baywatch vibes as she walked around in the splashing waves of the water. She posed while looking at the camera in the epic snapshots and flaunted her incredible figure.

The most recent pics of Farrah aren’t the first ones she’s donned a bikini in. The proud mom often shares pics and videos of her hanging out with Sophia while in a swimsuit and one recent clip showed the cute duo having fun while enjoying the sun and swimming in L.A. Farrah wore a pink bikini that had colorful butterflies on it as her mini-me wore a green, pink, and white bikini that included a floral patterned top and solid green bottoms.

Farrah is known for often showing off stylish swimsuits and other outfits on a regular basis and her latest pics are no exception. Whether she’s taking a stroll in a public location or hanging out at home, she always know how to leave a lasting impression. We look forward to seeing what else she shares in the future! 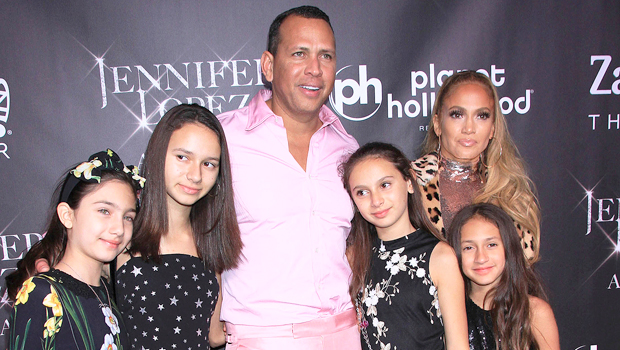 Alex Rodriguez’s Daughter, 15, Drives Him Around As She Prepares For Road Test: ‘Where Did The Time Go?’

Who is Lizzo Dating? Singer Clears Up Rumors After Spotted With Malibu Mystery Man