Larsa Pippen split from NBA star Malik Beasley after the ‘RHOM’ alum wanted to ‘distance herself from the drama,’ a new report claims. It arrives three weeks after Larsa was spotted with a mystery man.

Larsa Pippen, 46, and Malik Beasley, 24, have reportedly split but are “still in communication,” sources told Us Weekly on April 5. Larsa allegedly wanted to step away from “drama,” four months after The Real Housewives of Miami alum and Minnesota Timberwolves player made headlines for holding hands in a Miami shopping mall when Malik was still legally married to Montana Yao, 23. Larsa insisted Malik and Montana were already “separated,” but she now has other priorities, according to the new report.

“Larsa decided to distance herself from the drama. [Malik] was going through a lot and the timing wasn’t right,” one source told Us Weekly. Malik was also given a 120-day jail sentence in connection to a firearm-related incident on Feb. 9 (which may be served on “home confinement or electronic monitor,” his lawyer told HollywoodLife). Larsa and Malik, who “were friends first,” spent Valentine’s Day together in February before splitting, the outlet also reported.

Despite the drama associated with this romance, the relationship itself wasn’t that big of a deal, according to the new report. “Many people assumed it was serious when in fact it was not,” the insider added, who said that Larsa is now “focusing on her family and Larsa Marie, her jewelry brand.” However, she was spotted with a mystery man while hanging out by the pool at Miami’s W Hotel on March 13: Myles Kronman, the founder of Model House Los Angeles. HollywoodLife has reached out to Larsa’s and Malik’s reps amid this reported breakup news.

Larsa was still dating Malik when she defended their relationship during a video interview that was uploaded on Feb. 16. In regards to Malik’s situation with Montana, Larsa told Hollywood Unlocked, “I Googled them when I first met him — they weren’t together. They had issues before. It had nothing to do with me, so I wasn’t thinking anything about it. If you spent a minute Googling their situation, it wasn’t the ideal situation way before me.”

This is 100% false. Continue to speak on my name and my relationship and we’re going to have issues. Receipts don’t lie. Let’s not go there. I think you’ve embarrassed yourself enough already. https://t.co/ad0XtzkZMP

“We had spoken about it. It wasn’t a secret. I know a lot of people that are married and exiting. I’ve played that part. So for me, if you’re not being shady and you’re telling me all your stuff, I’m going to believe you,” Larsa added. Montana had a different side to the story, though, and claimed that it was “100% false” that she was separated from Malik before he went on to date Larsa. Montana, who shares her two-year-old son Makai Joseph Beasley with Malik, filed for divorce on Dec. 8.

Meanwhile, Larsa has been featuring her family on her social media more. She shared two different photos with her three sons, Justin, 16, Preston, 19, and Scotty Pippen Jr., 20, between March and April, which led fans to compare the trio to their dad/”twin”: Larsa’s estranged husband, Scottie Pippen. Larsa also shared a family photo that included her and Scottie’s fourth child, daughter Sophia, 13. 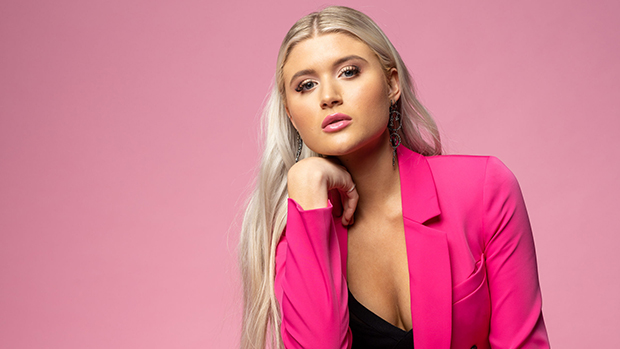 Sophie The Countess Of Wessex: 5 Things To Know About Prince Edward’s Wife