Kimye is over. Kim Kardashian and Kanye West have called it quits after six years of marriage. Kim filed for divorce on Feb. 19.

Kim Kardashian, 40, and Kanye West, 43, join the list of Hollywood power couples who just couldn’t make it work. They became one of the first breakup casualties of 2021, when on Feb. 19, Kim filed for divorce, according to TMZ. The couple had been married for more than six years, tying the knot on May 24, 2014 after they first began dating in Apr. 2012.

Kim has reportedly request joint physical and legal custody of the couple’s four children, according to the TMZ report. The site also reports that the split has been “amicable,” and that neither Kim or Kanye are contesting the prenup that they had put in place. Kim did not list a date of separation in the divorce docs. HollywoodLife has reached out to reps for both stars for comment.

Before news of Kimye’s divorce, the former lovebirds made headlines on Feb. 3 when Kanye reportedly moved some of his belongings, including 500 pairs of sneakers, out of the Calabasas, CA home they shared. Kim went off on a girls’ trip to Turks and Caicos at the time to give him space because “they both felt it would be less dramatic without both of them in the house,” a source told Page Six.

Weeks before Kanye moved some of his things out of the house, it was reported that Kim had already hired a divorce lawyer. “They are keeping it low-key but they are done. Kim has hired (divorce lawyer) Laura Wasser and they are in settlement talks,” Page Six reported just five days into the new year, on Jan. 5, 2021. The site added that “divorce is imminent” after Kim hired the divorce attorney to the stars, who has repped such big names as Angelina Jolie, Britney Spears and Gwen Stefani in their splits. TMZ reported on Jan. 5 that Kim and Kanye were in counseling, but that the marriage had been in trouble for months, though they weren’t ready to give up on each other due to their young family of four small children.

Kim and Kanye spent the 2020 holidays apart, as she celebrated Christmas in Calabasas with sisters Kourtney, Kylie and Kendall Jenner, while Kanye remained at his Wyoming ranch. The rapper also reportedly made a less than 24 hour appearance at her 40th birthday blowout in October, where she flew a large pack of pals to a private island to celebrate. He gave her a hologram greeting from her late dad Robert Kardashian Sr. wishing her a Happy Birthday as a gift. He also did not appear in any social media photos from his brief visit to her island destination birthday bash.

The couple barely survived a turbulent 2020, where Kanye mentioned divorcing Kim via public tweets, and she let the world know how difficult it had been dealing with his bipolar disorder. The couple spent a great deal of time apart, with Yeezy living on his massive ranch in Wyoming, while Kim spent the majority of time at their Hidden Hills estate with their four children, daughter North, 7, sons Saint, 5, and Psalm, 1, and a two-year-old daughter Chicago. Their two youngest children arrived via surrogate after Kim suffered from high risk pregnancies with their two oldest kids.

The news comes six months after Kanye wrote in a since-deleted July 22 tweet that, “I been trying to get divorced since Kim met with Meek [Mill] at the Waldorf for ‘prison reform.’” That meeting between Kim and Meek happened in 2018. He also claimed in a July 20, 2020 tweet-storm that Kim and her mother, Kris Jenner, attempted to put him in a 5150 hold — a code under California law that allows a person with mental illness to be involuntarily detained for 72 hours for a psychiatric evaluation.

Kim finally responded in a July 22 Instagram post where she revealed, “As many of you know, Kanye has bipolar disorder. Anyone who has this or has a loved one in their life who does, knows how incredibly complicated and painful it is to understand. I’ve never spoken publicly about how this has affected us at home because I am very protective of our children and Kanye’s right to privacy when it comes to his health. But today, I feel like I should comment on it because of the stigma and misconceptions about mental health.”

“Those that understand mental illness or even compulsive behavior know that the family is powerless unless the member is a minor. People who are unaware or far removed from this experience can be judgmental and not understand that the individual themselves have to engage in the process of getting help no matter how hard family and friends try.” Kim later added, “I kindly ask that the media and public give us the compassion and empathy that is needed so that we can get through this. Thank you for those who have expressed concern for Kanye’s well-being and for your understanding.”

Tensions between the pair had been rising ever since Ye’s controversial first “presidential” rally speech on July 19, 2020 in South Carolina. He revealed that they discussed aborting their first child, daughter North. Kanye said “Even if my wife were to divorce me after this speech, she brought North into this world, when I did not want to,” and broke down in tears about how “I almost killed my daughter.”

The following day, Kanye went on a long Twitter rant, accusing Kim and her mom Kris Jenner of trying to “lock” him up. Ye wrote, “Kim was trying to fly to Wyoming with a doctor to lock me up like on the movie Get Out because I cried about saving my daughters life yesterday.” Kanye had been spending more and more of his time on his $14 million ranch outside of Cody, Wyoming, far away from Kim and their $60 million mansion in Hidden Hills, CA.

Kanye also shared a screenshot of his unanswered text message to his mother-in-law Kris that read, “This Ye…You ready to talk now…Or are still avoiding my calls.” He later deleted that tweet, along with one that read, “Kriss don’t play with me you and that calmye are not allowed around my children. Ya’ll tried to lock me up.”

Kanye’s controversial “campaign” speech and Twitter rant had fans terribly worried about the state of his mental health. In his infamous 2018 appearance on TMZ Live, Yeezy revealed that he had stopped taking his medication for bipolar disorder because it stifled his “creativity.” Kim later opened up about her husband’s mental health status in the May 2019 issue of Vogue. “I think we’re in a pretty good place with it now,” she revealed, adding, “It is an emotional process, for sure. Right now everything is really calm. But we can definitely feel episodes coming, and we know how to handle them.” The SKIMS founder did explain, “For him, being on medication is not really an option, because it just changes who he is.”

Kim suffered a life-changing scare in Oct. 2016 when she was gagged, bound, and held at gunpoint by masked men inside her Paris apartment. She had millions of dollars of jewels and personal belongings stolen from her, including the massive diamond ring Kanye gifted her. Kim stepped away from the spotlight and social media, cold turkey, for weeks, then laid low as she recovered from the terrifying events.

Just as the reality star was about to make her public comeback at the Angel Ball, Nov. 21, 2016 in NYC, she was informed that ‘Ye was in the midst of some trouble of his own — he was hospitalized in L.A. after multiple onstage meltdowns. Kim rushed back to his side, and stood by him while he was treated for sleep deprivation and extreme exhaustion for the next eight days. Yeezy was released from the hospital Nov. 30, and the two put on a somewhat united front, posing for a family photo together on Christmas Eve 2016 and sharing an intimate home video with new PDA footage and clips of them with their kids. 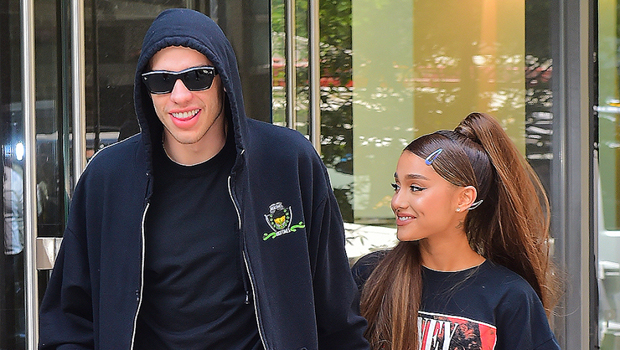 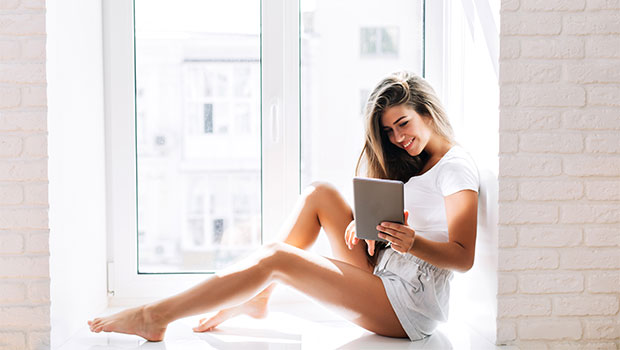 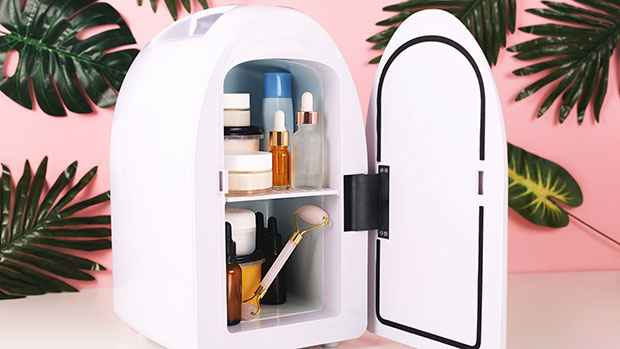 Keep All Of Your Skincare Products Fresh With This $50 Mini Fridge That Has Over 7,000 Reviews