Khloe Kardashian posted another filtered video as she showed off her latest Ipsy box, and fans had mixed opinions.

Khloe Kardashian, 36, is back with another makeup video. The Keeping Up With The Kardashians star was showing off her latest Ipsy makeup box — part of a monthly subscription she receives — and used a dramatic filter throughout the clips. The videos, posted to her Instagram story on Thursday, April 29, drew quite a reaction from her fans — with one dubbing her face “heavily filtered.”

Her face appeared ultra smooth in the Instagram stories, while her eyes were enlarged slightly due to the filter. Khloe was absolutely flawless as she opened up the box of goodies, and began trying the items. “My Ipsy May glam bag is here, you are going to love it,” she said, trying several hot items including Rihanna‘s “purple-ish” eye liner from Fenty Beauty, a matte eye paint from Halsey‘s freshly dropped About Face line, a brown brow tint from Anastasia Beverly Hills, and the jelly lip gloss from buzzy clean beauty line Tower 28.

“I hate the video filter she uses. I can’t see her features move. She needs a better editor,” another fan said on a repost of the videos, that also included unedited photos. “It’s like she’s constantly hiding,” another wrote. Others didn’t seem to mine, posting “pretty woman” and a slew of fire emojis.

The Good American founder had a full face of glam on, along with her signature diamond stud earrings, as she enthusiastically opened the box. She kept her ‘bronde’ (a combo of brown and blonde) hair styled into a loose beach wave. Khloe also stunned in a low cut tank and a flowy white cover-up cover.

The video comes just under a month after the controversy surrounding Khloe’s unedited bikini photo. The image of 3-year-old True‘s mom in a leopard bikini began circulating on social media after the Kardashian family’s Easter getaway to Kris Jenner‘s Palm Spring home. Khloe looked gorgeous in the image as she stood in front of the swimming pool, holding a phone — but looked vastly different in a photo posted just before in a purple bikini.

“When someone takes a photo of you that isn’t flattering in bad lighting or doesn’t capture your body the way it is after working so hard to get it to this point … you should have every right to ask for it to not be shared – regardless of who you are,” she said in a statement after the leak, addressing the scandal. As part of her post, she also showed off her unedited body on Instagram live and in another mirror selfie video.

“My body, my image and how I choose to look and what I want to share is my choice,” Khloe also said. “It’s not for anyone to decide or judge what is acceptable or not anymore…for those else who feel the constant pressure of not ever feeling perfect enough, I want you to now I see you and I understand,” she explained to her millions of followers.

Ciara Styles On The Cover Of Self Magazine; Reveals Shocking Details About Giving Birth During The Pandemic 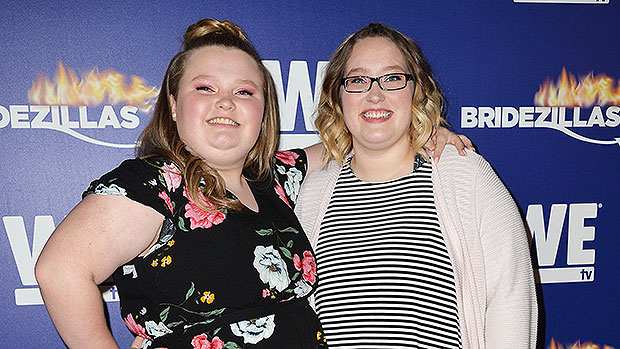