Joseph Baena took to Instagram to share a new pic and video of himself confidently wearing a black speedo while hanging out by a pool.

Joseph Baena, 23, is totally channeling his dad in his new Instagram post! The muscular hunk posed in a black speedo that revealed his six-pack abs while hanging outside by a pool, in an eye-catching pic and video that made us reminisce about Arnold Schwarzenegger‘s younger days. He was all smiles and had a towel over one shoulder as he put his arms out for a second in the clip, which was posted on Aug. 18.

“Rainy days in LA are surprisingly refreshing. Started the day off with a swim and now heading to my next listing appointment. Hope every has a great hump day!!!” Joseph captioned the epic post.

His followers didn’t hesitate to comment with compliment, including some that included comparisons to 74-year-old Arnold, once the pic and video went public. “smiles just like ur dad👌👌,” one follower wrote while another called him “so handsome!” A third shared, “Such a good combination of both your mom and your dad! 🔥” and a fourth wrote, “Looking good bro.”

This isn’t the first time Joseph has wowed us with how much he resembles his famous father. Back in June, he shared a pic of himself flexing and flaunting his biceps, just like the Terminator star used to often do years ago. He’s also recreated plenty of Arnold’s bodybuilding poses in other memorable snapshots that he’s regularly posting on social media.

When Joseph isn’t posing for fun pics by himself, he’s doing so with Arnold. The close duo enjoy time together whenever they can and have been spotted working out together in the gym and doing outdoor activities like riding bikes. In a 2019 EXCLUSIVE interview with HollywoodLife, the doting son gushed over his dad and revealed they do “so many things together.”

“I love my dad!” Joseph he told us. “He is a great father! That’s really all I have to say about him! We train together. We eat together. We do many things together.” He also said that Arnold is incredibly supportive and advises him to “put 100% into what I’m doing. Whether that is training, working, school. Just give it my all.” 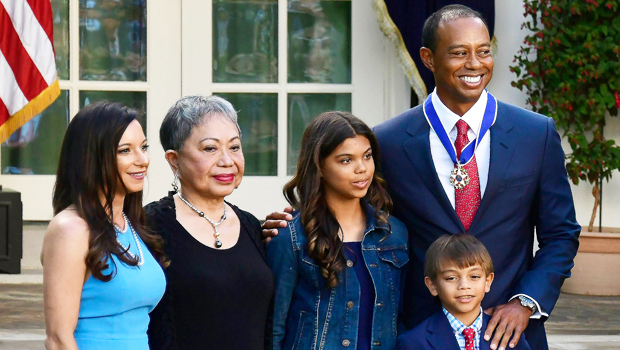