In honor of John Legend’s 42nd birthday, we’re taking a trip down memory lane by looking back at all the highs and lows of his relationship with wife Chrissy Teigen.

John Legend and Chrissy Teigen have defined relationship goals since their very first meeting. The two have been through quite a lot together over the years, and on Dec. 28, John will celebrate his 42nd birthday with Chrissy and their two children by his side. Chrissy and John are very public and transparent about their relationship and family life, and fans have watched them grow as a couple in front of their very eyes.

From meeting 2006 until today, Chrissy and John have experienced highs and lows, but they’ve consistently stuck by each other’s side through it all. Plus, they’ve always kept it real with their loyal fans and followers. Look back at Chrissy and John’s relationship timeline here:

John and Chrissy first met on the set of the singer’s music video for his song “Stereo,” from his 2006 album Once Again. The video featured the then-21-year-old model as John’s love interest. Throughout the visual accompaniment to John’s track, the pair appeared incredibly smitten, with John decked out in a full suit while Chrissy sported a set of lingerie. After filming, they spent the entire day together, and when Chrissy went to say goodbye to John, they simply couldn’t let the other go. From there, the two stayed in touch for more than a year, before they finally decided to make their romance official.

In February 2008, after roughly a year of secret dates and a 2007 trip to Lake Como in Italy, the couple made their red carpet debut at the 50th Annual Grammy Awards. Although John was not nominated that year, the occasion presented the perfect opportunity for the couple to officially confirm their romance. By this point, the singer was already a decorated artist — having won five Grammys in years prior. The 2008 ceremony, however, was the perfect date night for the couple. In the years since, Chrissy has consistently wowed the red carpet with her stunning looks, and supported John with each new win and nomination.

Five years after they met, John and Chrissy took their romance to the next level. In December 2011, during a romantic getaway to the Maldives, John asked Chrissy to marry him. The romantic he is, John orchestrated a big reveal for Chrissy to find the engagement ring beneath a silver dome that, once removed, revealed the box holding the engagement ring on a plate during their dinner together.

In September 2013, John and Chrissy said ‘I do’ in a quiet, private courthouse ceremony, followed by a stunning exchange of vows in front of friends and family at Lake Como in Italy, where the couple vacationed years prior. One month later, in October 2013, John released the music video for his hit track “All Of Me.” Just like in “Stereo” when they first met, Chrissy was John’s leading lady. The final few moments of the music video also featured private footage of the couple’s Lake Como ceremony.

A Family Of Three

Two years after they became husband and wife, John and Chrissy announced that they were expecting their first child. Chrissy even took to her own Instagram account to share the news. “We’re so excited that it’s finally happening. Thank you for all your love and well wishes. I look forward to all the belly touching,” an excerpt from Chrissy’s caption read. The couple also shared that they chose to conceive through in vitro fertilization (IVF). In April 2016, the couple welcomed their baby girl, Luna.

Just over one year after John and Chrissy welcomed sweet Luna into the world, they announced that Chrissy was expecting the couple’s second child. This time, Luna got in on the announcement fun. Chrissy posted a video to her Instagram account, asking Luna what was in her belly. “A baby,” was Luna’s emphatic response. In January 2018, the couple confirmed the sex of their child — they were expecting a boy. By May of that year, little Miles was welcomed into the world. Ever since, Chrissy has shared precious moments with the couple’s youngsters on social media.

In August 2020, John and Chrissy announced that they were expecting their third child. The big news came as a surprise, as it was announced in John’s music video for “Wild.” The couple and their youngsters were positively ecstatic about the new arrival. But sadly, John and Chrissy would experience unimaginable heartbreak. In the late hours of September 30, Chrissy bravely shared that she had suffered a miscarriage, after weeks of bedrest and blood transfusions during her pregnancy with the couple’s son, who they named Jack. In the few hours since, Chrissy and John received love and condolences from throngs of celebrity friends and fans. 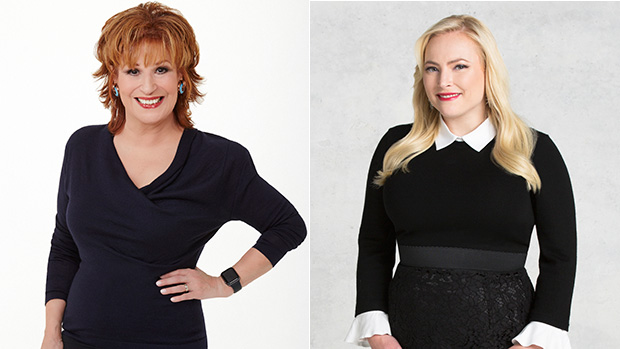 Joy Behar Smacks Down Meghan McCain After She Interrupts: ‘I Didn’t Miss You On Maternity Leave’

OPINION: Why The Biden Administration Is Accountable For America’s Bullying Past Towards Haiti